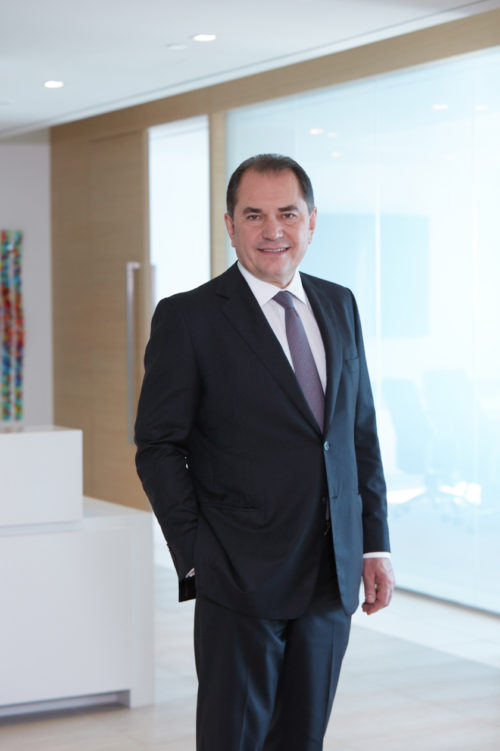 Daniel Argiros is a successful, experienced alternative investment specialist in the Canadian private-equity sector where he is focused on real estate, infrastructure and renewable energy. Through his various affiliates, Mr. Argiros has established a strong track record in private-equity investment, earning an average net IRR in the mid-teens since 1990.

He began his career in 1985 with Deloitte in Toronto, where he became a tax specialist. Mr. Argiros joined a wealth-advisory group in 1988 where he maximized the value of a real-estate investment portfolio, particularly capitalizing on a 1993 recession. Following his buy-out of the investment portfolio, in 1997 Mr. Argiros founded Acanthus Real Estate Corporation, a TSX-listed company focused on real estate across Canada in the multi-unit residential, commercial, senior care, and hospitality sectors. Mr. Argiros ultimately partnered with La caisse de dépôt et placement du Québec in a privatization that valued the firm at more than $550 million in 2000.

In 2016, Mr. Argiros and Conundrum successfully sold Potentia to the majority shareholder (an affiliate of Power Corporation) for a total capitalization of over $700 million. In the same year, Conundrum entered into a partnership with Manulife, monetizing a non-controlling portion of the firm’s multi-unit residential real estate portfolio under its Q Management brand. Manulife is a trademark of The Manufacturers Life Insurance Company, one of Canada’s largest financial institutions. Today, Conundrum manages $2 billion in assets in the multi-unit residential sector. All assets are internally managed by more than 220 employees comprising head office and field staff. Mr. Argiros founded Arch Corporation in 2017.